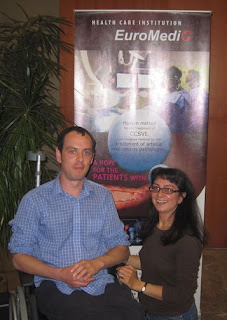 after liberation at the Qubus hotel reception in Katowice with Soondri Slathia-Foster who was about to have the tests and treatment that coming week :)))
Posted by MS sunlounger at 10:19 No comments: